Horizons Aviation continues to develop and market its own software to the general public and has been doing so since 2004. In the recent uptake of mobile devices Horizons Aviation has seen over 1.1 million downloads of its Android Smart Phone apps.

Below are some of our current software products available. 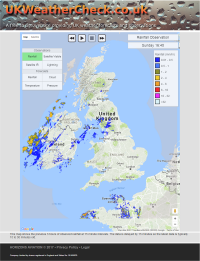 UK Weather Check is a free to use website providing weather forecasts and observations for the UK.

Animations of the user selected forecast or observation is overlaid onto a Google Map. The animations can be paused, restarted and moved one frame at a time. 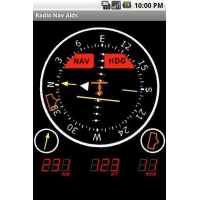 Radio Nav Aids is an aircraft radio navigation instrument simulator. A huge world wide database of DME’s, VOR’s and VORTAC’s is built in. Both a VOR (VHF Omni-directional Range) and HSI (Horizontal Situation Indicator) can be simulated. Both also have a classic 7-segment simulated DME (Distance Measuring Equipment) displayed consisting of slant distance, groundspeed and ETA. The simulator utilises GPS and the device’s magnetic compass to accurately display the VOR or HSI magnetic radial (corrected for the local magnetic variation).
The simulator is intended for training purposes only and must not be used for actual aircraft navigation. It is ideal for learning how the VOR and HSI work in convenient location other than an aircraft cockpit.

For evaluation a trial version of this app is available for download which is limited to displaying the simulated radio navigation aid instrument for 90 seconds only before returning to the main selection screen. Ads are also shown on the selection screen. The full version does not have ads or the timeout.
VISIT PLAY STORE 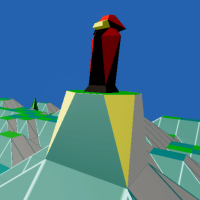 The Sentinel controls each landscape from high above. The aim of the game is to get your robot to a high enough viewpoint so you can defeat The Sentinel and conquer the landscape.

You start the game as a robot starting low down on the landscape. With a limited energy supply you can materalise new robots onto the landscape and then transfer control to them. Using blocks you can gain height for the new robots and with each transfer you can get higher up. Remember to absorb the old robots, blocks and even tree gain energy.

Once you are high enough to see the tile that The Sentinel is standing on, you will be able to absorb The Sentinel and take his place to win the level. You must manage your limited energy level by reabsorbing old blocks, robots and even trees.

The Sentinel will not make your task easy. He slowly rotates looking for energy to absorb. Once he spots you, his gaze will lock on and he will start draining energy from you. You must quickly transfer control to another robot or try a risky hyperspace to a random new position.
VISIT PLAY STORE 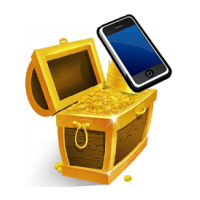 Use your phone to detect ferrous objects such as iron and steel. Simply keep your phone flat with the screen on top and swipe it over the area to be scanned. 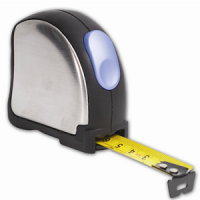 Use your phone as a tape measure whilst standing still and without having to walk to the distant object you wish to measure.

Simply hold the phone at eye level and align the cross hair on the ground at the point you want to measure. The phone will display a continuously updated horizontal distance from the camera to the point under the cross hair.
The distance is calculated by trigonometry so for accurate measurements you need to always keep the phone at your eye level regardless of the angle of the phone pointing at the ground.
VISIT PLAY STORE 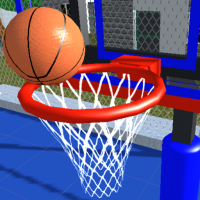 A free Basketball shooting challenge 3D game. You have 90 seconds to shoot 25 balls into the hoop from 5 different locations around a basketball court.

Full 3D physics is modelled including the basketball hoop deflecting when hit with a ball.
Instructions:
1. Touch the ball rack to grab a ball
2. Touch the top half of the screen to jump
3. Whilst jumping swipe up to throw the ball. Swipe direction and speed control where the ball will be thrown.
4. After the rack of balls is empty the player will run to the next rack automatically.
5. Game end after all 25 balls have been thrown or the 90 second timer expires.
VISIT PLAY STORE 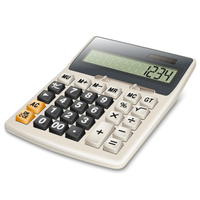 This fully function scientific calculator app on your phone is in the style of popular calculator first seen in the 1980’s.
With this app you can calculate just about any common calculator function and other less common functions such as degree-minute-second calculations, fractions, standard deviation, rectangular/polar coordinate conversion.
VISIT PLAY STORE 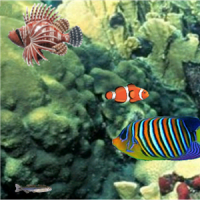 Work your way up the ocean food chain game by eating fish smaller than yourself whilst avoiding the larger fish. You must eat to survive and to level up.

You will visit the coral reefs and also the Atlantic Ocean during your adventure of 20 playable levels.
Move your fish by simply tilting the screen in the direction you wish to travel. Keep the screen steady as each level starts to allow the tilt sensors to calibrate.

This Lite version is fully playable for the first 6 levels only. Buy the full version to play the full 20 levels.
VISIT PLAY STORE 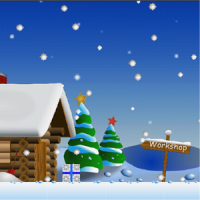 Help Santa get the presents into his sleigh in time for Christmas. A 2d scrolling game of skill and puzzle solving with real world physics.

The aim of the game is to get the golden wrapped present into Santa’s sleigh to complete the level. To do this, throw the wrapped present with blue ribbons, near the workshop, into the air so it collides with, pushes, nudges etc the other objects.

Throw the present by touching it and sliding your finger in the direction you want to throw it. The faster you move your finger the harder the throw. Pinch zoom is also supported.

The first 10 levels are available to be unlocked one at a time as you complete each level. Keep checking for updates for more levels in the near future.
VISIT PLAY STORE 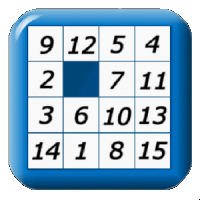 Choose your difficulty level which will determine the amount of shuffling of the tiles before you start to solve the puzzle. You can also choose the picture you want from the current choice of 15 various pictures each one offering a different level of challenge and difficulty. More pictures will be added with future updates.

This game has been made to look and feel like the original puzzles and you actually slide the tiles into place using the touch screen around rather than just tapping the tiles.
VISIT PLAY STORE 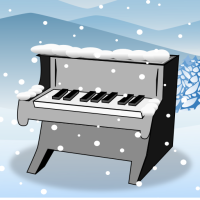 This fun Christmas piano game will allow you to learn and to play the Christmas classic tune, Jingle Bells.

No previous music skills are required! Follow the marker bars descending the screen and tap the corresponding piano key as the marker bars hit the green glowing line. Perfect timing is required to obtain the highest score. The more accurate you are in hitting the correct piano key at the right time, the higher the score.

Instant feedback for each piano key press is shown. Green feedback such as “Perfect” or “Good” will give you a high score. Feedback that is orange or red means your timing is not so good.

At the end of the round you will be shown a summary of your music playing ability along with a rank.
VISIT PLAY STORE

NOTAM Check is a powerful Windows based NOTAM software, which checks and plots Notices to Airmen (NOTAMs) on to a map of the UK and France. It is intended for use as part of flight planning.

It is used by thousands of pilots from varying fields such as Private Pilots, Commercial Pilots, Flying Schools, Examiners, Television/Film companies and British Government Agencies.

NOTAM Check uses proprietary algorithms to analyse English descriptive text of aviation warnings and hazards and plot those on to a map.

Horizons Aviation has also licensed the source code for use in a separate military product.

VISIT WEBSITE
We use cookies on our website to give you the most relevant experience by remembering your preferences and repeat visits. By clicking “Accept All”, you consent to the use of ALL the cookies. However, you may visit "Cookie Settings" to provide a controlled consent.
Cookie SettingsAccept All
Manage consent

This website uses cookies to improve your experience while you navigate through the website. Out of these, the cookies that are categorized as necessary are stored on your browser as they are essential for the working of basic functionalities of the website. We also use third-party cookies that help us analyze and understand how you use this website. These cookies will be stored in your browser only with your consent. You also have the option to opt-out of these cookies. But opting out of some of these cookies may affect your browsing experience.
Necessary Always Enabled
Necessary cookies are absolutely essential for the website to function properly. These cookies ensure basic functionalities and security features of the website, anonymously.
Functional
Functional cookies help to perform certain functionalities like sharing the content of the website on social media platforms, collect feedbacks, and other third-party features.
Performance
Performance cookies are used to understand and analyze the key performance indexes of the website which helps in delivering a better user experience for the visitors.
Analytics
Analytical cookies are used to understand how visitors interact with the website. These cookies help provide information on metrics the number of visitors, bounce rate, traffic source, etc.
Advertisement
Advertisement cookies are used to provide visitors with relevant ads and marketing campaigns. These cookies track visitors across websites and collect information to provide customized ads.
Others
Other uncategorized cookies are those that are being analyzed and have not been classified into a category as yet.
SAVE & ACCEPT